Write a piece or scene from a piece where the focal point has something to do with vision being hindered (blindness, fog, mist, smoke, darkness, etc).

Write a piece from the perspective of someone’s shadow (like the kind that one might cast on the ground).

Write a piece or a scene from a piece where you or your character must hold back from saying something they really want to say.

Write a piece or a scene from a piece inspired by/involving this setting: 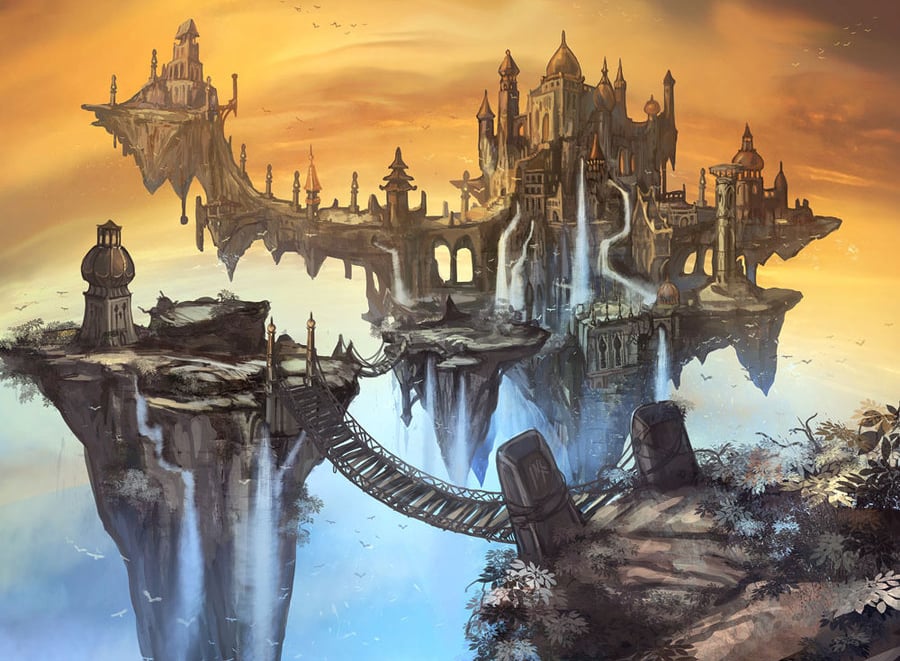 My playlist consists of songs mainly from movie and television soundtracks because I find it easiest to listen to instrumental songs while I read and write. This playlist is particularly good for writing prose, because some songs make you feel a certain way, and can affect your plot. When I write, I do not like to do any planning before starting my first draft so the effects of the music on my plot can be very surprising for me as a writer. Regarding my choices in specific songs, I find it comforting to write while listening to soft, calm songs in order to allow me to conjure ideas and plot points for my story. I also find this playlist helpful when writing poetry because, again, the different tones in the music will help further the story or meaning in my piece. With poetry specifically, these songs help to allow you to have your own thoughts, while you can still be affected by the different sounds you hear while writing. This playlist has helped me get through many pieces, and has added surprising twists and turns that even I, as the writer, did not expect. I feel that when writing, it is not beneficial to write in the silence, because that way, you are not limited to the thoughts and ideas you had before you began writing, but you also have the unexpected ideas that come to you as you listen to the songs and different dulcet tones.

Who is the monster under your bed? Give him a name, job, and backstory. What led him to scare children?

You’re going through your grandmother’s photographs and stumble upon an album that has been scribbled out in black marker. What do you see when you hold it up to the light?Your dog runs away in the middle of the night and when she returns she drops her latest treat on your toes. It’s a human hand. Who does it belong to??Your sister invites her new boyfriend to your house to play games with the family. Only you find out he’s an international spy. How will he cheat?Your main character is a babysitter for hire. What happens when the “baby” is actually a 40-year-old man? Write a short story inspired by this image:

When writing I prefer to keep the songs I’m listening to very mellow, because if there are very big drums or sharp sounds I might lose my train of thought. Other than that, the selection of songs I chose is very vast, from songs out of scores or interludes on albums. The overall theme of them is an ambient sound to serve as background noise when you need your brain to be constantly thinking. I think my playlist would best work when writing poetry because often sounds can inspire poetry and I think the songs I chose could do that as well as helpful ideas continuously develop in your head as you write.

Overall, I think this playlist is a good way to drown out silence when writing without being completely distracted from what you’re doing. With that being said, turn on this playlist, grab a cup of tea, and get writing!

You live in a world where your soulmate is unable to hurt you, intentionally or otherwise. You are fighting in a war when one of your enemy’s knives harmlessly bounces off you.

Start a story with this quote: “If you ignore the green skin, warty nose, and stringy black hair, she doesn’t look very witchy to me.”

Tell the story of how an assassin saves someone’s life.

The zombie apocalypse has begun and you and your best friend are the only uninfected people left in your town. How do you escape?

You come home from school one day to find your house has been ransacked. Your mom is happily cooking dinner in the kitchen, unaware that anything is wrong.

Tell the story of how a cowboy and samurai end up in a medieval joust.

An alien has just landed on Earth. You are the first person they see, and they assume you are the planet’s leader but you’re in fact just an everyday accountant.

In this universe, mirrors are gateways to fantastic worlds. Your parents have always kept one in the attic that you’ve never been allowed to go through. They’re out at a party tonight, so you decide to see what is at the other end of their forbidden portal.

Start a story with this quote “The prophecy was written in Sharpie on a gas station bathroom wall.”

Tell the story of a fire-breathing dragon and a very dainty princess who become best friends.

-Write a story beginning with: “Last night the sun didn’t set. It fell.”

-Write a story in which the human race lives in a glass dome with no entrance or exit, which protects them from the wasteland outside. One morning a dusty handprint appears on the outside.

-Write a story where the earth is actually an insane asylum for the universe.

-Write a story in which every living person is assigned 10 ghosts to watch over them.

-There is a prison where there are no guards, yet the prisoners are afraid to try and escape.

Brought to you by Hailey Plumb and Sammi Sanchez