Lord Huron’s most recent album tackles the topic of love with both carefree songs and more wistfully contemplative tunes. Although love is a topic commonly explored by artists Lord Huron does so in a unique manner, like in his song “Love Like Ghosts” where he compares love to ghosts with thought-provoking lyrics. A couple ways he does this are, “Yes I know that love is like ghosts/ Oh, few have seen it, but everybody talks” and the lines I found most thought-provoking, “Yes I know that love is like ghosts/ Oh, and what ain’t living can never really die.” Throughout the album Lord Huron mingles love with death sometimes in a lackadaisical manner, as in his song “Until the Night Turns” where he sings, “I got a helluva view for the end of the world/ I’ve got a bottle of booze and a beautiful girl/ If I’m a’­goin to die I’m gonna go in style.” This carefree cynicism is most apparent with the actual sound of his music which is laid-back and light consisting of soft background music paired with smooth modulated vocals. 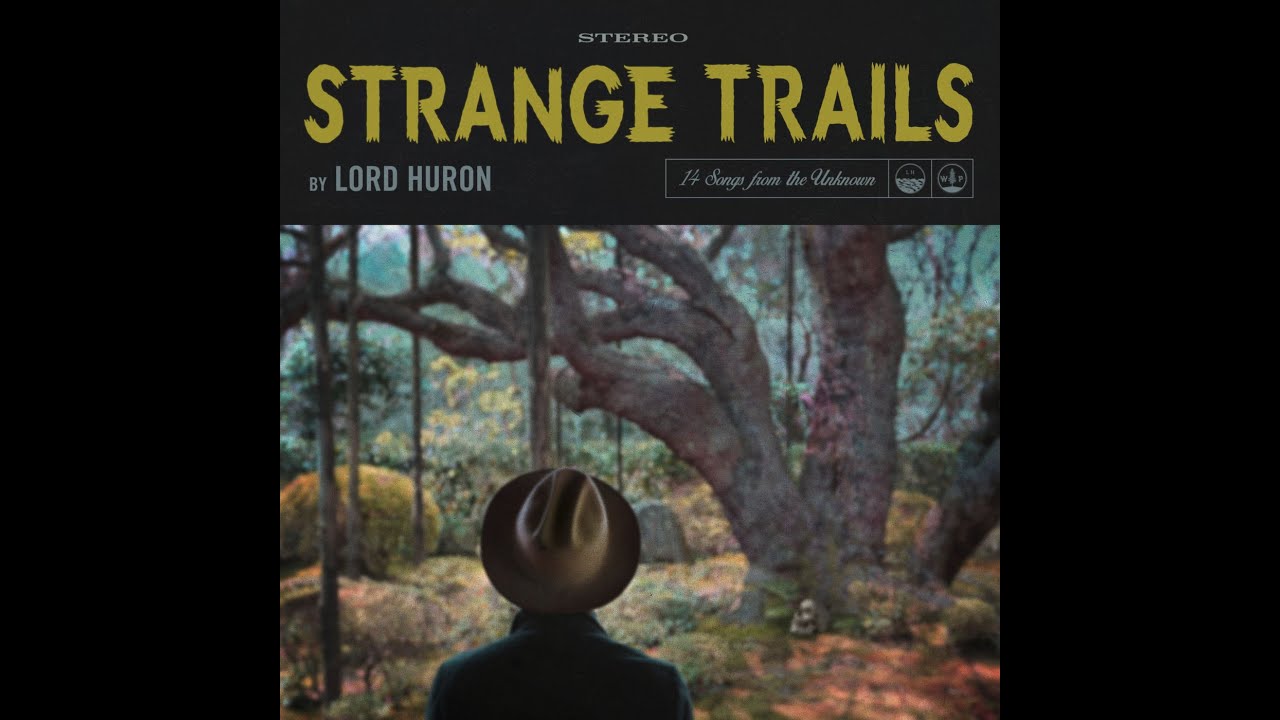 One of the really neat things about this album is that Lord Huron seamlessly includes the title “Strange Trails” throughout the line-up. In the song “Cursed,” which is about feeling trapped or “under the spell” of a manipulative girlfriend, it starts off with the lines “What I remember the most is hollering her name/ And the sirens wail as we ran like hell down a strange trail.” The term ‘strange trails’ can be interpreted various ways by the listener and even between different songs the same listener could find different meanings in the phrase. For instance, in “Cursed” when he sings about two people in a tumultuous relationship running down a ‘strange trail’ it could mean a bad path or it could symbolize the negative direction that their union was bound to take. Yet in one of my favorite songs on this album, “Way Out There,” he croons, “When you follow the strange trails/ they will take you who knows where” and although the song itself is dark his reference to strange trails seems as though he’s mentioning predetermined life paths that could be positive. In this song, he also tackles the enormity of life’s meaning which can be seen in the lines “I been unraveling since my birth/ Gonna wander out there and see what I’m worth.” With lyrics drenched in double meaning, it’s left up to the listener to decide whether it’s a song about hope or hopelessness, finding self-worth, or something else entirely.

I would highly recommend this album to anyone interested in a thought-provoking track list that will leave you contemplating the intricacies of love, life, and death or anyone that just wants some nice relaxing background music for writing, setting a laid-back mood, etc. Lord Huron did a great job of making a record that’s not only pleasant to hear but also supplies plenty of food for thought and I would suggest giving it a listen.

Want to listen for yourself? Listen below:

This site uses Akismet to reduce spam. Learn how your comment data is processed.